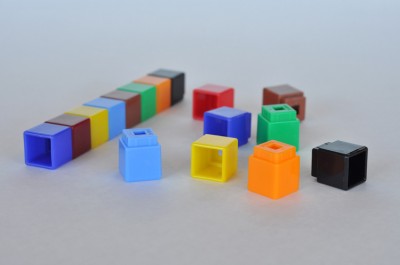 To help young kids who struggle with math, well-intentioned teachers often turn to non-traditional teaching methods. They use music and movement to involve the whole body.  They use hands-on materials such as popsicle sticks to help the students understand tens and hundreds. Or they encourage students to come up with different strategies for solving 7 + 8. One complicated way could be starting with 10 + 10 and then taking 3 away (because 7 is 3 less than 10) and then taking 2 away (because 8 is 2 less than the other 10). After many steps, the right answer emerges. And the students came up with it themselves. Good teaching, right?

A new study concludes that those first-graders who are behind their peers would have learned more if their teachers had just taught them to add and subtract the old-fashioned way. And then practiced it a lot.

The study, Which Instructional Practices Most Help First-Grade Students With and Without Mathematics Difficulties?, was published June 26, 2014 in Educational Evaluation and Policy Analysis, a peer-reviewed journal of the American Educational Research Association.

Average and above-average students learn about as much with either the innovative or traditional approaches. It doesn’t much matter. But any random classroom is likely to have some strugglers in it; for them, the researcher conclude, traditional, teacher-directed instruction generally yields better results.

The researchers, led by Paul L. Morgan at Pennsylvania State University, analyzed U.S. Department of Education data from about 14,000 students across the United States who entered kindergarten in 1998. They first looked at how the students performed on math tests in kindergarten. The data included teacher surveys, allowing the researchers to track the methods that the kids’ subsequent first-grade teachers said they used. And finally, they had the students’ first-grade math scores.

The researchers found that the higher the number of struggling students, who scored in the bottom 15 percent in kindergarten, in a first-grade teacher’s classroom, the more likely the teachers were to use manipulatives (hands-on materials), calculators, music and movement (See Table 3 on page 12 in the study). The fewer the struggling students, the more likely that teachers stuck with traditional methods, such as showing the whole class how to solve something one way from the chalkboard and then having students practice the method using worksheets.

Yet, at the end of first grade, the researchers found that struggling students who were given traditional instruction posted significantly higher math score gains than the struggling students who had been taught by the progressive methods. Gains are measured by how much students math scores rose between kindergarten and the end of first grade. (See Table 5 on page 15 in the study.)

“Routine practice is the strongest educational practice that teachers can use in their classroom to promote achievement gains,” Morgan said.

Although many educators dismiss rote learning as both boring and bad, Morgan believes it has its place. “Given my interest in children at risk, it’s a troubling observation that teachers are mismatching their instruction to what children with learning difficulties might benefit from,” Morgan said. “These kids with low math achievement in kindergarten are likely to struggle throughout elementary school and beyond. These kids are really at risk.”

Understanding why the more innovative methods didn’t work spectacularly is a matter of conjecture. Morgan theorizes that, just as children need to practice reading a lot and become fluent readers before they can analyze texts, math students need to become fluent with basic operations before they can talk about multiple methods for solving problems or arrive at deep conceptual understandings. “Maybe children with learning difficulties need more practice,” he said.

Innovative methods can also be more challenging to implement properly, and it could be that many teachers aren’t doing them right. It’s not easy to facilitate a math discussion. Six-year-olds are prone to goof around and stick popsicle sticks in their ears, taking away from precious teaching time. Instructional time can be lost while a teacher is setting up a musical lesson.

Does this mean we should all be drilling our first graders with Kumon worksheets? Morgan says not. “I don’t want kids going to school and doing worksheets all day. We all want kids to view mathematics as something that’s interesting and engaging and useful,” he said.  “At the same time, we don’t want to be providing instruction to kids that doesn’t have empirical evidence that it’s effective.”

Then what’s a teacher to do? I’ll leave it to others to figure out how to make routine methods engaging.