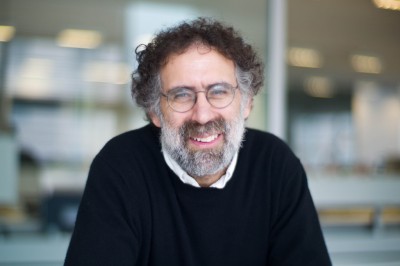 Mitchel Resnick, LEGO Papert Professor of Learning Research at the Massachusetts Institute of Technology and the head of the Lifelong Kindergarten group at the MIT Media Lab

Thanks to the glorification of Silicon Valley riches and a desire to inspire more of the next generation of children to pursue science and technology careers, computer coding instruction for children is spreading like wildfire around the United States. Code.org , an industry-financed group that is promoting computer coding in schools, says that 31,000 kindergarten through eighth-grade classrooms are using its course, reaching 1.3 million students. It plans to train another 10,000 teachers to teach computer coding this school year.

But experts involved in computer coding education lament that it remains a boy-dominated activity. Mitchel Resnick, an MIT professor, developed Scratch, a simplified computer programming language that allows children to create and share interactive stories, games and animations, and says that Scratch use has tripled over the past year. Scratch is aimed at eight- to 16-year-old children, but both younger kids and older adults use it, too. But boys significantly outnumber girls, 59 percent to 35 percent. (About 6 percent didn’t disclose their gender). Code.org says that 40 percent of its students are girls. And both organizations believe they’ve attracted a higher percentage of girls than the typical after-school computer programming club or elective class does.

Resnick has found, however, that girls are particularly active in commenting on projects posted by users of his site. “At one point, we looked at the top 10 people,” he said, referring to the 10 people who had commented most frequently. “Eight of them were girls or young women,” he said.

Overall, girls account for 44 percent of the 1.2 million comments posted about computer programming projects on Scratch every month.  Girls outnumber boys more than two to one in comments within Scratch’s studio area, where kids experiment with role-playing and story-telling games.

One hypothesis is that when you make computer coding more social, it engages girls more. And perhaps that will be a way to attract more girls to computer science. Resnick believes that girls will continue to be attracted to computer coding if they see it as a natural extension of their interests, be they art or drama, and that the programmable video animation is a way of expressing their creativity, instead of being seen as an exercise in mathematical logic.

Scratch is one of many children’s programming languages, including Microsoft’s Kodu and Gamestar Mechanic, which are rapidly gaining in popularity. Most of the kids using Scratch design animated videos or computer games; Resnick calls these creations “projects,” instead of “computer programs,” and says users are posting about 10,000 projects every day.  After more than a decade of being largely ignored by school age children, “coding has entered the popular culture,” he said. Here is a link to Scratch usage statistics. For more background on the resurgence of computer programing, see this May 2014 New York Times piece.

Resnick also developed a new free iPad app, ScratchJr, aimed at five to seven year olds. Released to the public on July 30, 2014, the app allows children to snap together graphical blocks to make characters move, jump, dance and sing. Separately, Resnick is working on producing a tablet version of Scratch, which is currently only available on a laptop or desktop computer.