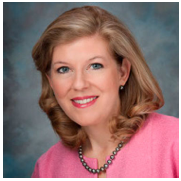 Aimee Rogstad Guidera founded the Data Quality Campaign in 2005 as a temporary advocacy group to get every state to set up its own longitudinal data system by 2009. Today, every state has a data system that tracks students from kindergarten onward.

(edited for length and clarity)

Q: Why didn’t you go out of business after you accomplished your original mission?

A:  Just because we built data collection systems, that doesn’t change anything.  We now focus on making sure states are doing the right thing to make sure the data systems are being used. The real power of data is to help educators personalize learning, and to make sure parents have the data they need about their children in the right context.

We need to build trust in the system so that people understand that this data is there to help. For a lot of educators, data is seen as a negative thing that hurts them or that embarrasses them.

State data systems can be helpful. But that data isn’t going to personalize learning in the classroom. Using the local and class-level data to tailor instruction for each student, that’s the next frontier.

We also need to put an emphasis on data literacy for educators.Very few education schools are teaching it. That’s a role for the states — to help train teachers in data literacy.

Q: What’s your take on the anti-data backlash?

The latest backlash on data has come more from the Right. People are concerned about government intrusion, the loss of privacy and corporate access to data.

But another backlash issue is the idea of children being boiled down to numbers. Data is somehow taking the fun out of education, or taking the art out of teaching

Data by itself is scary. But lawmakers want to know, what do we get for this $5 million reading program? And if you want to close the achievement gap, you need data to measure it.

We need to change the conversation at the grassroots level. We’re working with the American Association of School Administrators at the National PTA to create more grassroots support for education data. It’s critical get teachers to talk about how they’re using data.

Rather than talking abstract data systems, we’re focusing more on people and storytelling. The data conversation comes alive through human impact. Every number involves a kid.

Q: How do you advocate for using data?

We shine a big klieg light on what’s working so that others can learn from their experiences. For example, we highlight Kentucky because no one was using a pile of excel spreadsheets. Then the state created a one-page feedback report for every high school so that the principal could see how his school’s students were performing in college. How many of them need remediation in math and English? That’s driven changes at high schools.

We also write fact sheets on specific topics, such as on early warning systems for detecting dropouts.

One of the biggest things we do is conduct an annual survey on where states are with building the infrastructure for and using education data. The ninth one comes out in November.

As a 501(c)3, we’re not allowed to lobby. But when folks ask us for our opinion or to comment, we respond. We don’t push specific pieces of legislation.

Q: Why are you so passionate about education data?

I’ve always been interested in education. I wrote my senior thesis (at Princeton) on the role of the business community in education. Later, I worked at the National Governors Association and the National Alliance of Business (in Washington DC).  Business people would keep asking, “We keep putting money into schools, why aren’t they getting better?” And when you went into a school, you wonder that anything got accomplished. There was no access to information. They were doing things based on hunches or past experience. Business people look at information — at data — before they make decisions. We didn’t do that in education.